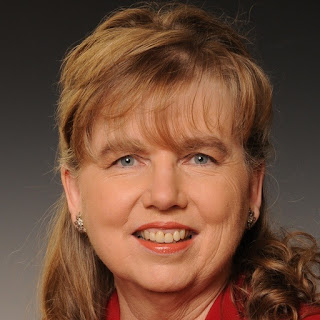 Small Details to Make the Past Feel Real

When’s the last time you thought about what people ate in the distant past? Or how long it took to travel from one’s home to the nearest market to buy the necessities of life? Or, for that matter, what was a bed like? Getting all those things right in the Second Son Chronicles for the world of my protagonist, Alfred, was always top of mind in writing his story. But it was also great fun.

As you might imagine, many details are dependent on the character’s place in society. Take something as ordinary as bread. The lower classes in Alfred’s day might eat something called “horsebread,” in which ground beans or lentils would be used as filler to stretch the precious flour for as many loaves as possible. The nobility, on the other hand, would no doubt have eaten paindemaine, the very finest white bread for which the flour had been sifted three or more times to remove any husks or chips of stone left over from the grinding process. No breaking a tooth by chomping down on a tiny piece of rock for the aristocrats! :-)

Children’s lives were different too. In Pestilence, Alfred’s wife remarks that her parents have not seen Geoffrey (their son) since he was breeched. Infants and young children of both genders wore dresses for a very practical reason – no such thing as disposable diapers back then. The time when he finally got to wear breeches was a big milestone in a young boy’s life.

We know that people wrote letters and that there were official documents. In aristocratic households, elaborate inventories and account books were maintained. For many centuries, written documents were on parchment or vellum, both derived from animal skins. So another important question for Alfred’s world is when did paper come into use? And when did it become sufficiently affordable to be used both for letter-writing and to produce bound books?  It happened at different times in different societies. You’ll see in the Chronicles that Alfred’s progressive kingdom uses paper routinely; but their western neighbors, still a feudal society, use only parchment.
Heraldry (the practice of using devices and symbols to identify individuals, armies, groups, and families) thrived in the early Renaissance. Alfred’s personal symbol, the lion dormant, was awarded by his grandfather and figures prominently in the story arc of the Chronicles and in Alfred’s relationship with his brother. There’s a short article on heraldry at https://www.secondsonchronicles.com/heraldry/.

There are so many details to consider. Weaponry. Animals. Medicine, such as it was. Music and entertainment. Dance is very much a part of court life for Alfred and was equally important to the lower classes. You might enjoy https://www.secondsonchronicles.com/dance/.

Alfred’s world was very different from our own. Part of the joy, for me, of bringing it to life has been trying to make it as real for you, the reader, as it was for Alfred. I hope you enjoy stepping back into that time. 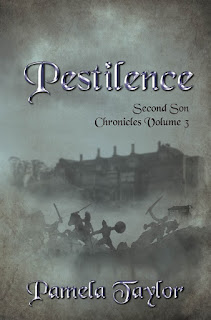 At the dawn of the Renaissance, Alfred - the eponymous second son - must discover the special destiny foreseen for him by his grandfather. Now, the unthinkable has happened: Alfred’s brother is king. And it isn’t long before everyone’s worst fears are realized. Traditional allegiances are shattered under a style of rule unknown since the grand bargain that formed the kingdom was struck over two hundred years ago. These will be the most dangerous years of Alfred’s life, forcing him to re-examine his duty to personal honor and to the kingdom, while the threats posed by his brother constantly remind him of his father’s final words of advice. What choices will he have to make to try to protect the things he holds most dear?

Pestilence is available to purchase as a print copy and as an e-book at Amazon.com and Barnes and Noble. Be sure to add this to your GoodReads reading list too!

About the Author, Pamela Taylor

Pamela Taylor brings her love of history to the art of storytelling in the Second Son Chronicles. An avid reader of historical fact and fiction, she finds the past offers rich sources for character, ambiance, and plot that allow readers to escape into a world totally unlike their daily lives. She shares her home with two Corgis who frequently reminder her that a dog walk is the best way to find inspiration for that next chapter.

Popular posts from this blog 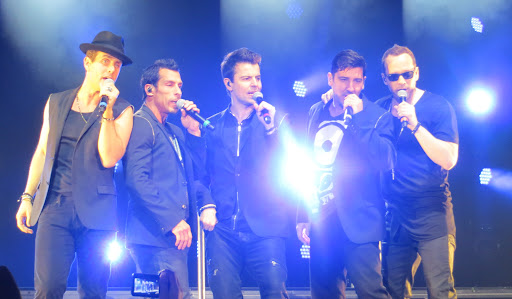 Oldies Written by: Jill Sheets   Picture source:  https://commons.wikimedia.org/wiki/File:New_Kids_On_The_Block_%E2%80%93_Vienna_2014_01.JPG  A lot of topics I come up with to talk about I have no idea where it came from or even why it crossed my mind. Right now I am listening to what most of you would call “oldies.”  Boy…. That is hard to admit.  So now I would like to talk about songs that I listened to when growing up. But first, I was a major fan of these people.  So, I do not need to put down any songs by them. There is no way I could just pick one song. New Kids on the block LA Guns Tiffany Debbie Gibson Tommy Page  Menudo with Rubén Gómez Any Musicals Aerosmith Here are some bands and singers that I would listen growing up, listed with one of my favorite songs by them. I will not be able to add every singer or band because that would take forever. Also, another song will go through my head as soon as I post this. Heads up, this is a long list.
Read more 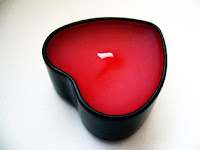 Favorite Scents of Candles  Written by: Jill Sheets  Picture credit: https://www.freeimages.com/photo/candle-heart-1315828  I did not start liking candles until I was in my upper teens. It was not because I did not like the smell of the candle, but I was afraid that I would knock it over when it was lit.  Now, I am just worried that a cat or dog doing that.    Most of the times when I light a candle it is remembering a person's birthday or passing.  I do like the smell of most candles, but I do have my favorites.  Here is my top five in no particular order.   Fruit candles Lavender  Pie smelling candles (like cherry, apple and pumpkin) Cinnamon  Ocean     I do not have a special reason I like those five.   It is not like they remind me of something.   It really does not go that deep.   I wish I could say that it does.   I wonder what type of candle I will light next time.  What candles do you like? Are there ones that remind you of a happy memory or is it
Read more